After my recent blog post on  Five Beauty Travel Essentials, I mentioned writing a post on a comparison between the Benefit They’re Real Mascara compared to Benefit Roller Lash. This received some interest so as promised, here it is: 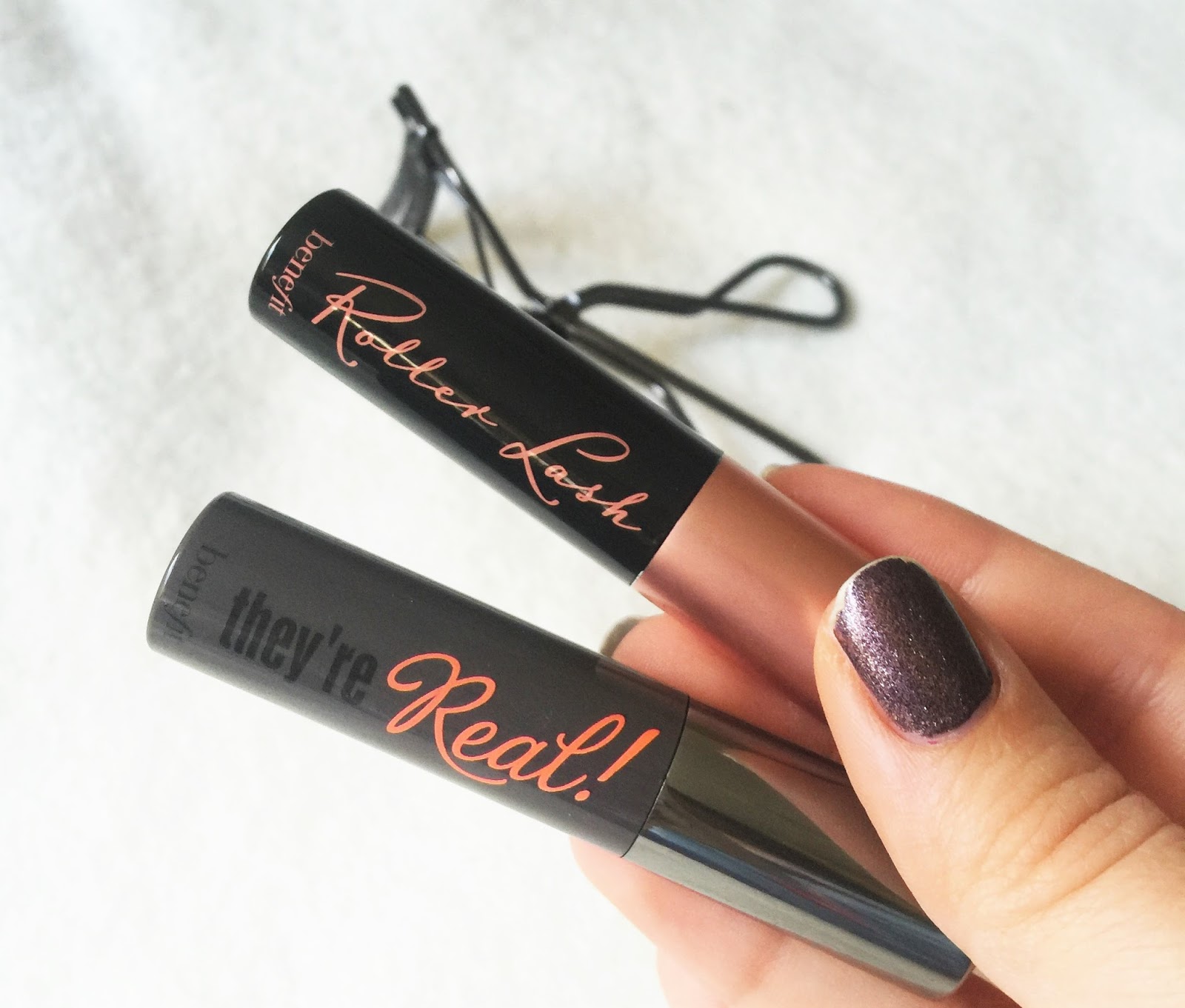 I’ve used They’re Real in the past and I’ve loved it – it’s also one of Benefit’s best selling mascaras so I know that opinion is shared by many beauty lovers. But when Roller Lash came out in the middle of last year, it seemed to cause a lash sensation which blew They’re Real out of the water. I wanted to see what all the hype was all about, and after trying it, I can totally understand. They’re both priced at £19.50 for 8.5ml, but right now they’re both on sale for £17.55 on Feel Unique. Benefit is on the cusp of the higher end mascaras, but I think think they’re priced pretty reasonably for the results they give. So, onto the comparison… 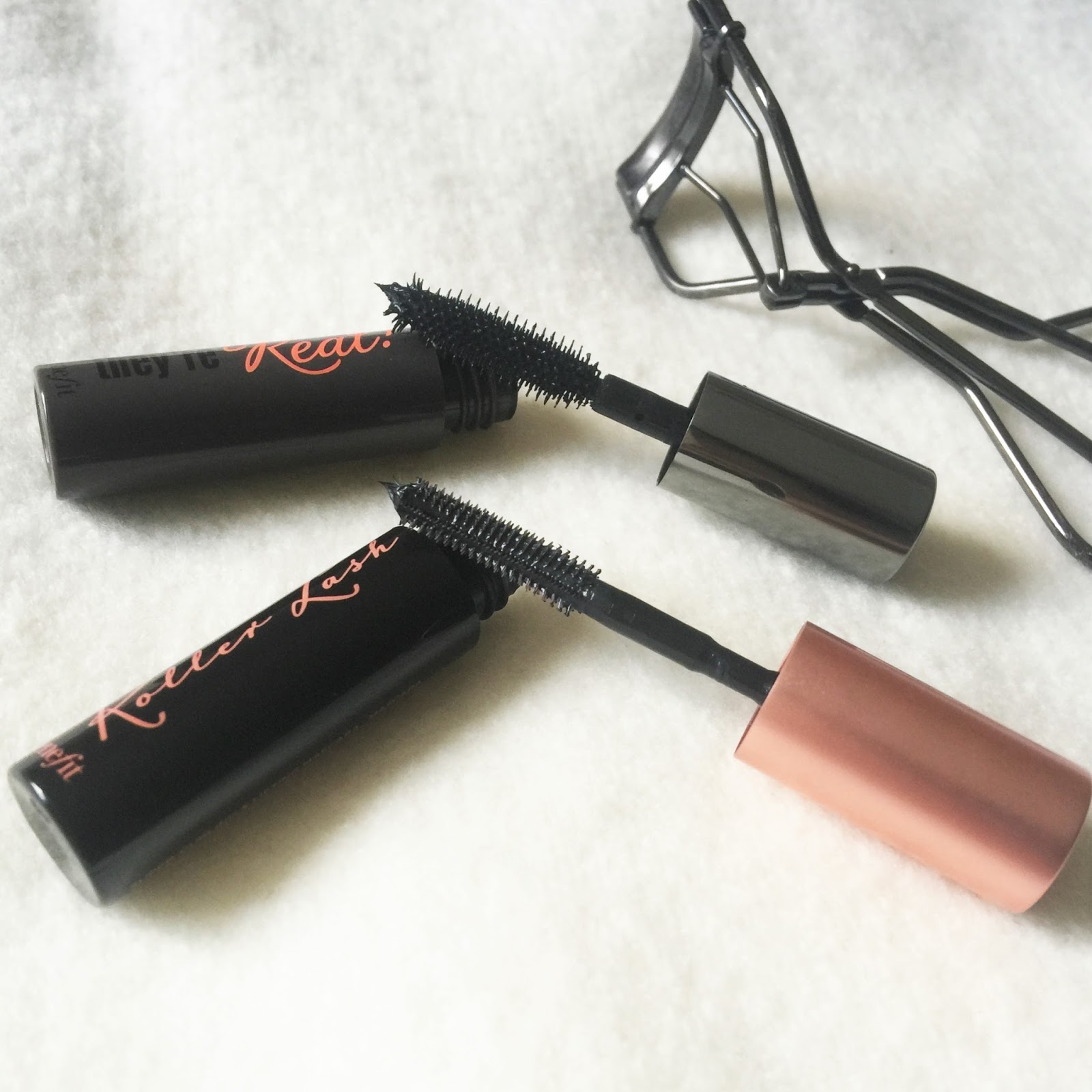 I’ve photographed the wands next to each other so you can see the difference from afar. They’re Real has a larger wand with lots more bristles and a rounded spiky tip which is supposed to help separate your lashes after giving all that volume boost. On the other hand, Roller Lash has a more banana-shape-wand-action going on, with shorter plastic bristles that comb through your lashes for extra length. So just from that, you can see that the mascaras are each tailored to do different things. There’s a pretty firm divide between which one people think is better, but honestly, I think it depends what you’re looking for in a mascara. They’re Real is for voluminous statement lashes, whereas Roller Lash is designed to lengthen, define and curl. 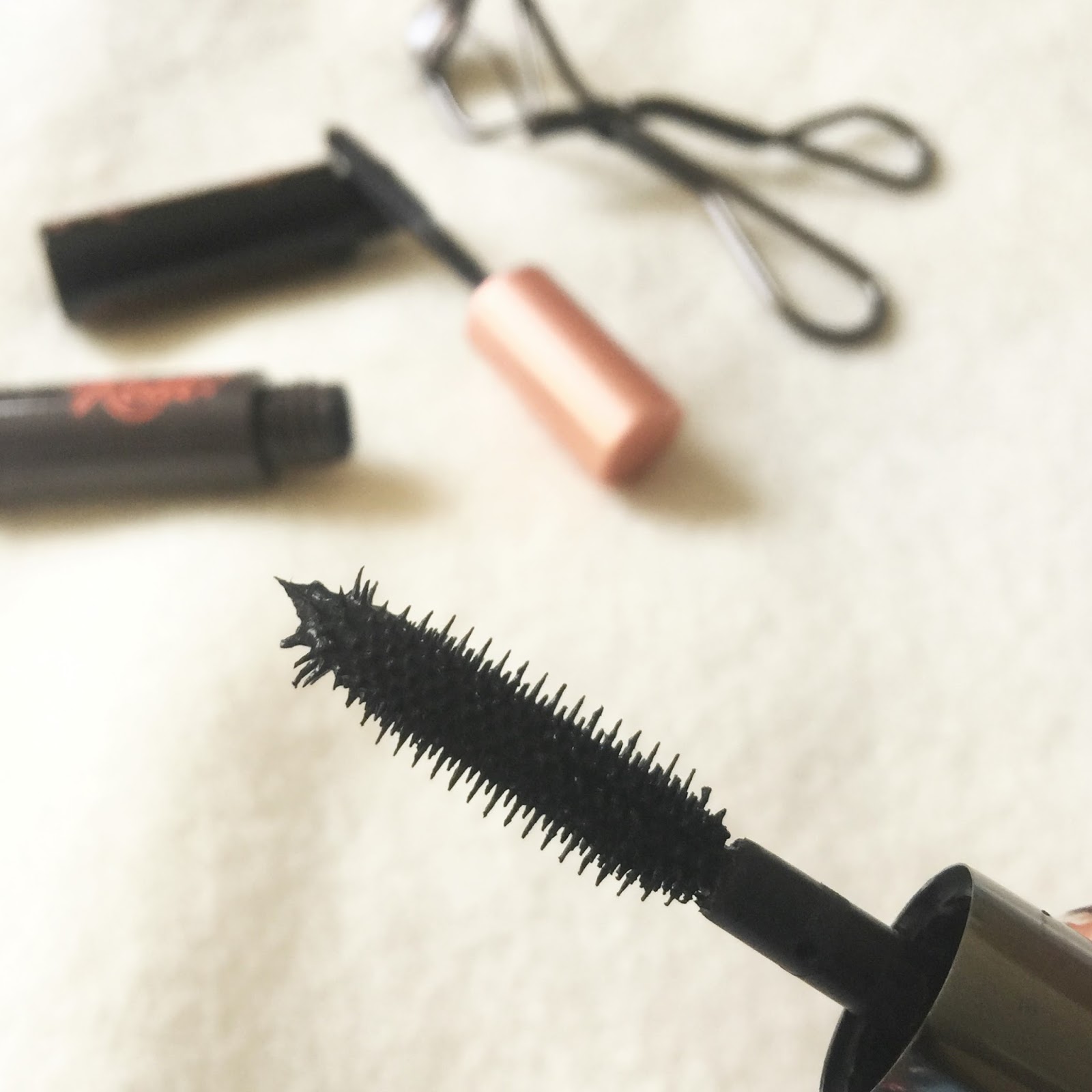 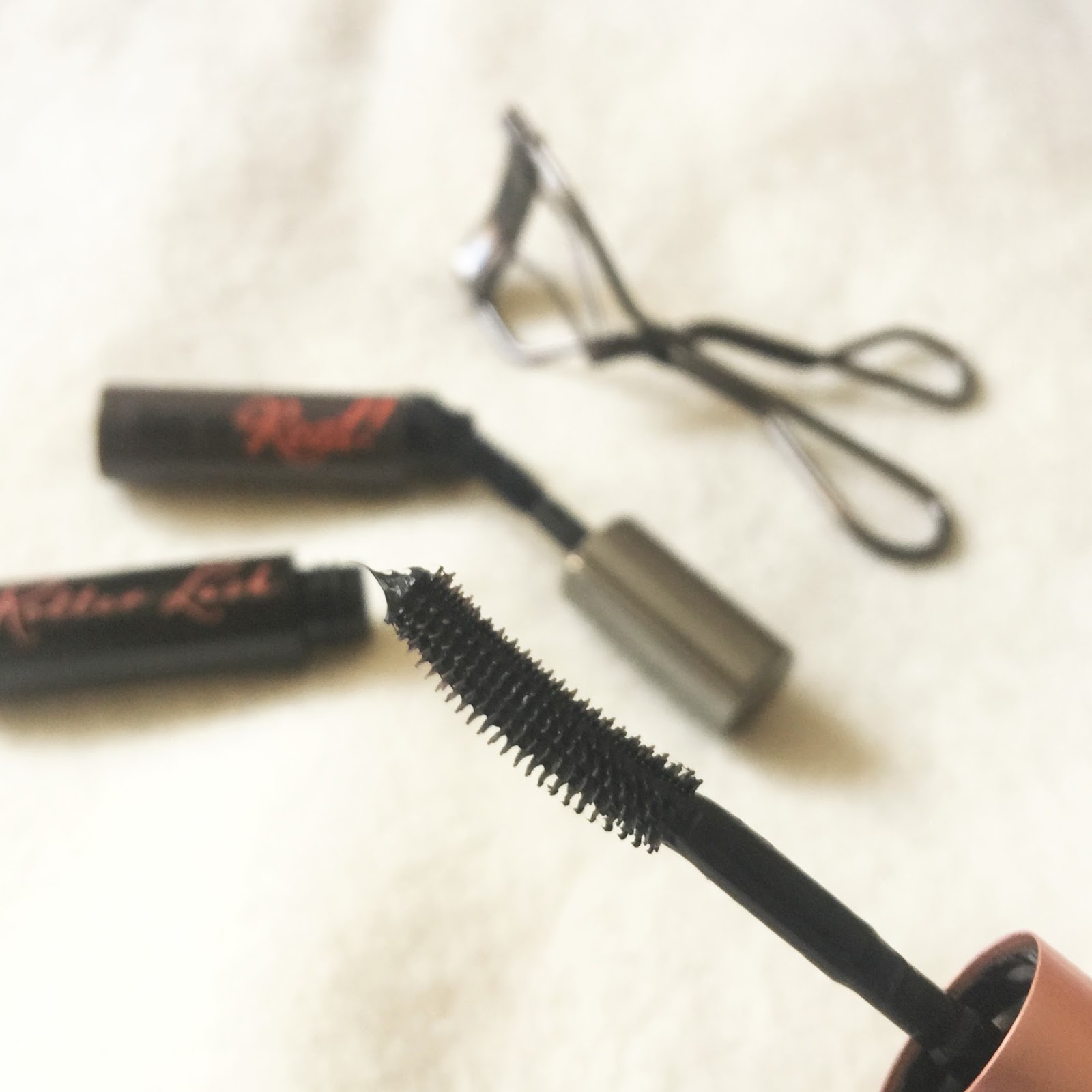 I wanted to do a picture side by side comparison of each mascara on my lashes but I found after many shots that it wasn’t capturing as well on camera. I am very blessed with naturally long lashes so lots of mascaras work well with me – the difference between these two mascaras isn’t big enough to capture on camera. They both work well, don’t flake and give me super fluttery lashes, so I’m very happy with either. But saying that, if you have limp lashes (I sometimes have this problem too…ehem, in come my trusty Shiseido Lash Curlers), I would recommend Roller Lash. Also, anyone with shorter lashes needs Roller Lash – it works very well in adding that extra length. However, for those of you with thin lashes , I would suggest going for They’re Real. It does a great job with thickening and darkening so you look like you have a lot more lash than what’s actually there!

Have you tried these mascaras? If so, which one is your favourite?