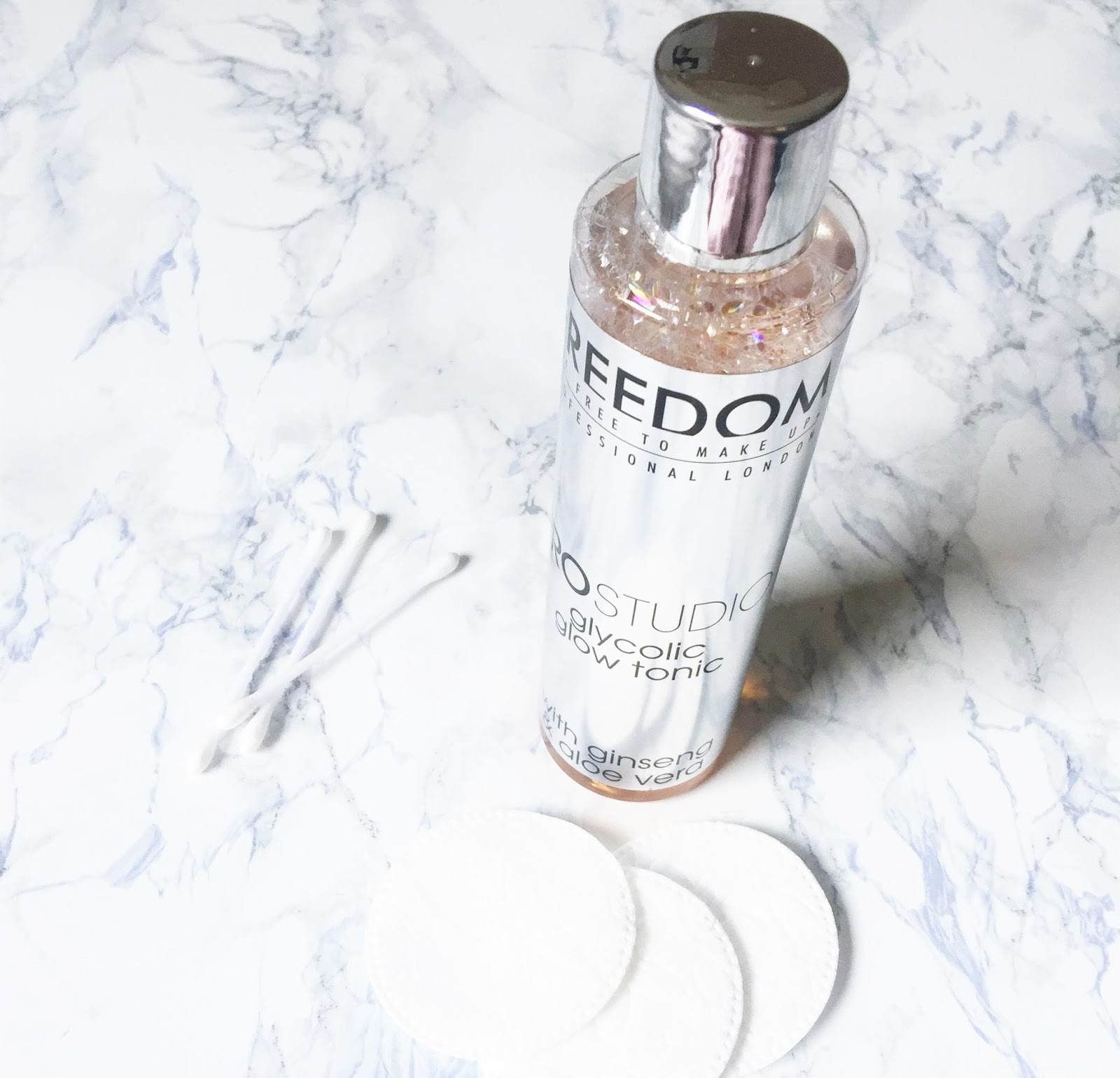 I have been wanting to try the infamous Pixi Glow Tonic for a long time, but every time I would be ready to checkout, I’d click off the page in the hope of saving £18. It’s expensive, right? Far too expensive when there’s the Freedom Glycolic Glow Tonic claiming to do exactly the same thing, but instead for 1/3 of the price. So, when it finally came back in stock on Superdrug, I ordered myself a bottle right away. And boy, am I glad I did.

Don’t get me wrong, I do intend to try the Pixi version and see if it’s any different. But until I cave to the raving reviews, I thought the Freedom would be just fine for now. I’m really impressed with it so far. I use it twice a day (so the bottle is emptying fast – another reason why I’m glad it was only £6), by saturating a cotton round and swiping it all over a freshly cleansed face. It does have some tingly action after applying, but not too much. I guess it depends how sensitive your skin is, but mine is fairly sensitive and I don’t like harsh products. This one is really gentle and it feels like it’s doing something good. A sort of light exfoliation, which leaves your face radiant and smooth. I can’t put my finger on exactly what the difference is, but I know that my skin feels better when I’ve used this as opposed to when I have skipped the toning step.

It contains ginseng and aloe vera, so it’s soothing whilst it works. The scent is just divine, it reminds me of marzipan, very almond-y and quite sweet. You get 200 mls of product which will easily last two months if used twice a day (longer if only used once a day). Again, its £6, so I think it’s a very affordable beauty staple which makes that little difference to better looking skin.

Have you tried the Freedom Glow Tonic?

@hmhome have some absolutely beautiful bits in at

Spending a good part of Sunday admiring my new sid

Dreaming of the weekend ☁️🥐

New bag has nowhere to go, so it’s sitting on my