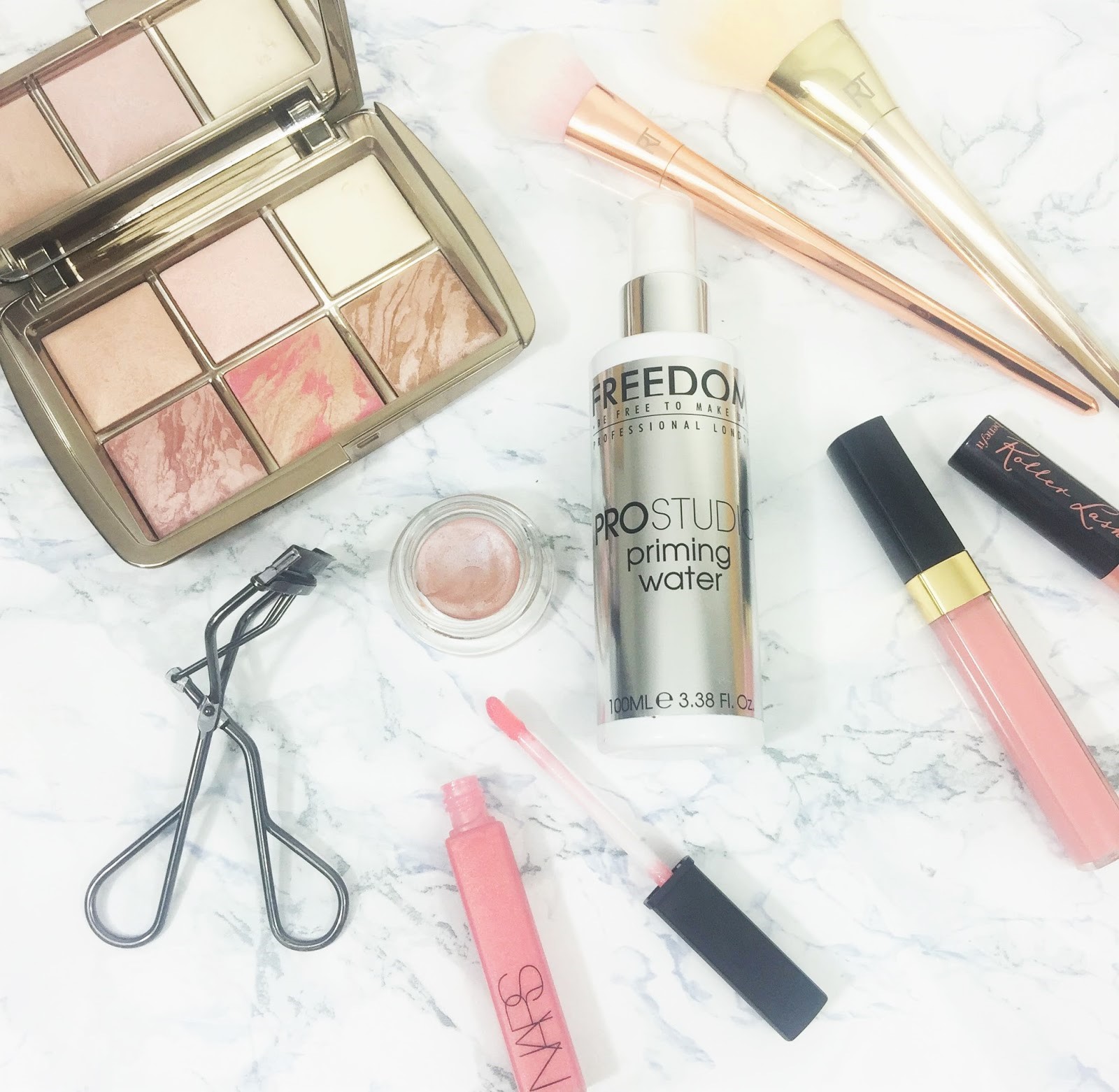 This product is one I snapped up as soon as I got the email from Superdrug telling me it was back in stock! I know I promised to review this back in February, when I first confessed my love for the Smashbox Photo Finish Primer Water. I really wanted to see if this £6 (100ml) version lived up to its much more pricey big sister. However, getting my hands on this was hard – it kept going out of stock within minutes of being online and no store seemed to have any left. Or (even worse), they didn’t stock it at all. But, about three weeks ago, I got two emails from Superdrug saying that the Freedom Glow Tonic and Primer Water were back in stock, so I bagged them right away. They arrived three days later with free delivery (thank you Superdrug), and for £12, I have two very impressive products.

I’ve been trying this Primer Water out for about two and a half weeks now, so I think I’ve formed a pretty good opinion of it to give a fair comparison with the Smashbox version. Firstly, as always, let’s talk packaging. I think it’s pretty sleek for £6, with a sturdy cap and silver label. I do prefer the clear bottle concept from Smashbox because you can see how much is left, but this isn’t bad. One thing I wasn’t happy about was the fact that some of the product had leaked into the cardboard packing during delivery – maybe that was just a fault with mine? I’m not sure. The spraying mechanism itself is better on the Freedom version – it’s much more of a mist action than the spritzing of the Smashbox Primer Water. It dries down quickly and evenly across the face, allowing my makeup to mesh together just perfectly. I use it before applying my foundation, and in between different stages of my base makeup (over concealer, over blush and to finish), just to lock everything into place.

One thing I will say is that I built up shine really quickly, which didn’t seem to happen with the Smashbox one. But, when looking up what the product was actually designed to do, I found that this primer water was much more for adding a boost of hydration and a glowy finish to my makeup rather than giving it longevity. So in terms of what it claims to do, this product does tick all the boxes. I love how it looks on my skin – in fact, ever since I stepped into the world of primer waters back in February, I haven’t looked back. I use them every single day without fail. From what I’ve mentioned, I think I’m more likely to keep purchasing the Freedom version (if it will ever come back in stock!), because it’s a brilliant affordable alternative for a very similar effect to the original Smashbox one. Also, if you’re new to the whole primer concept, then I’d recommend opting for the Freedom one first. If you really love it, then try the Smashbox one. It’s a lot easier to part with £20 when you’ve decided that primer waters are something you will value as part of your makeup routine! Really, it’s all about personal preference.

Have you tried primer waters?

What do you think of them?