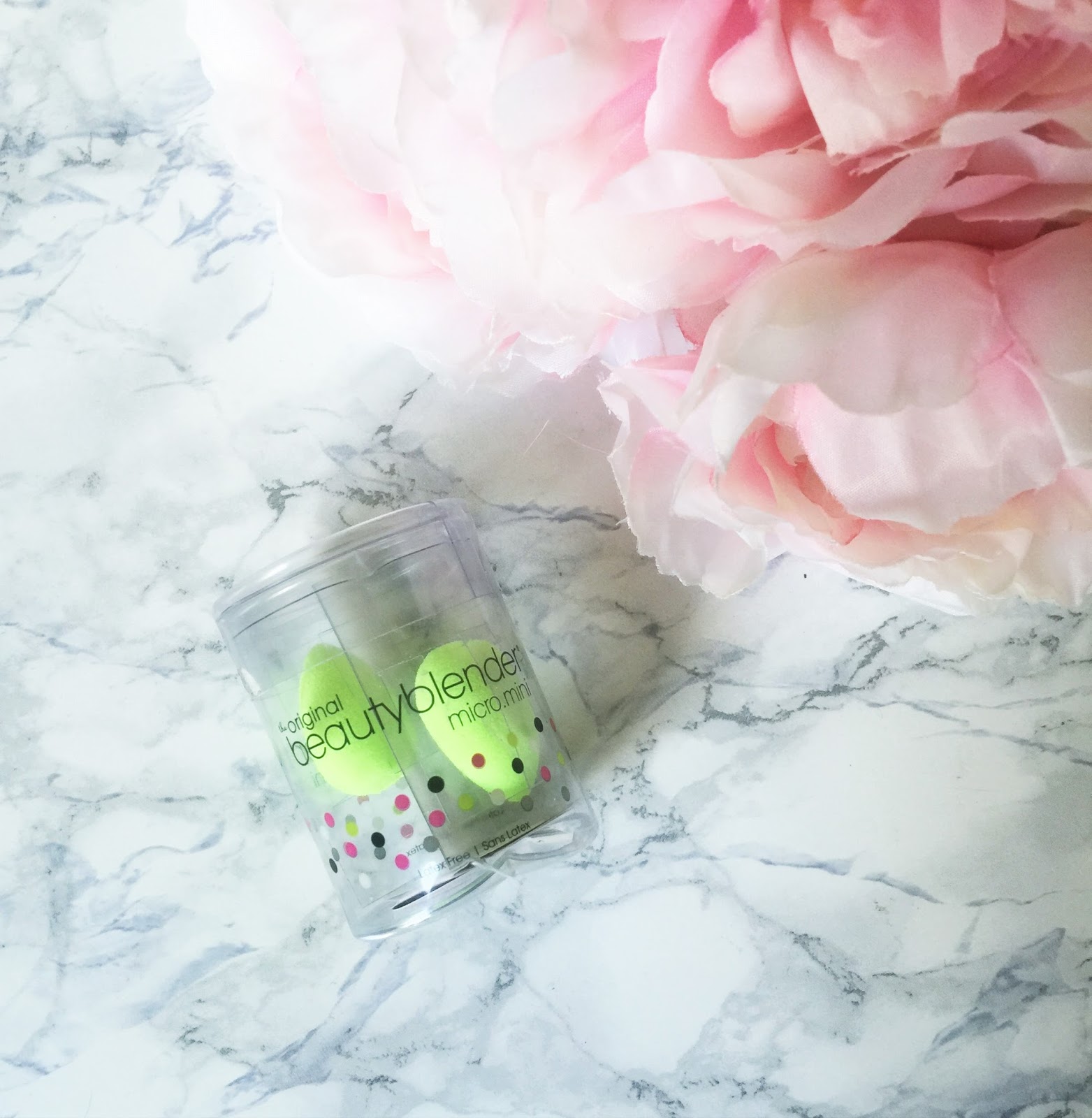 Beautyblender was a brand I was always sceptical about. I mean, £16 for a sponge? It’s a bit much. At least, that’s what I thought until I tried it for the first time. This sponge is what people make it out to be, it is worth the hype. I love using it with liquid foundation to blend it seamlessly into the skin. I have tried the cheaper sponges out there, and they are good, but there is just something that little bit different about this one. It doesn’t absorb much foundation, it swells to just the right size when wet, and the finished result looks flawless.

That’s why I was keen to try the micro mini Beautyblenders, for the perfect finish on under eye concealer and smaller blemishes around my nose. When they arrived, I was so surprised by how tiny they were! Perhaps just a little bigger than my nail. They do swell a little with a bit of water but not by much. I wouldn’t say they get much bigger than a large grape. There are two in the box, priced at £13.50, so cheaper than a single large beauty blender which is nice (though still pricey for baby sponges). They do work exactly like the larger sponge, even though they are significantly smaller. These would be no good for foundation (they’re just far too small), but great for concealer. I have small hands so I don’t have much of an issue with handling them but I can see them being difficult to use if you’re used to the larger one! Overall, I do think they’re a bit of a princess product – they’re nice to have for convenience of getting around smaller parts of the face, but not essential for your kit. You can get exactly the same effect with the larger sponge with a little more patience. However, if you do like the idea of having a little sponge which makes blending under eye concealer easier (and you have the extra time to switch sponges etc), then these are nice. In that sense, they are perfect little sponge additions for a beauty blender fan.

Have you tried the micro mini beauty blenders?

Four Fragrance Favourites.
Five Ways To Make The Most Of Sunday.
Two Treats From Nars
Follow

@hmhome have some absolutely beautiful bits in at

Spending a good part of Sunday admiring my new sid

Dreaming of the weekend ☁️🥐

New bag has nowhere to go, so it’s sitting on my