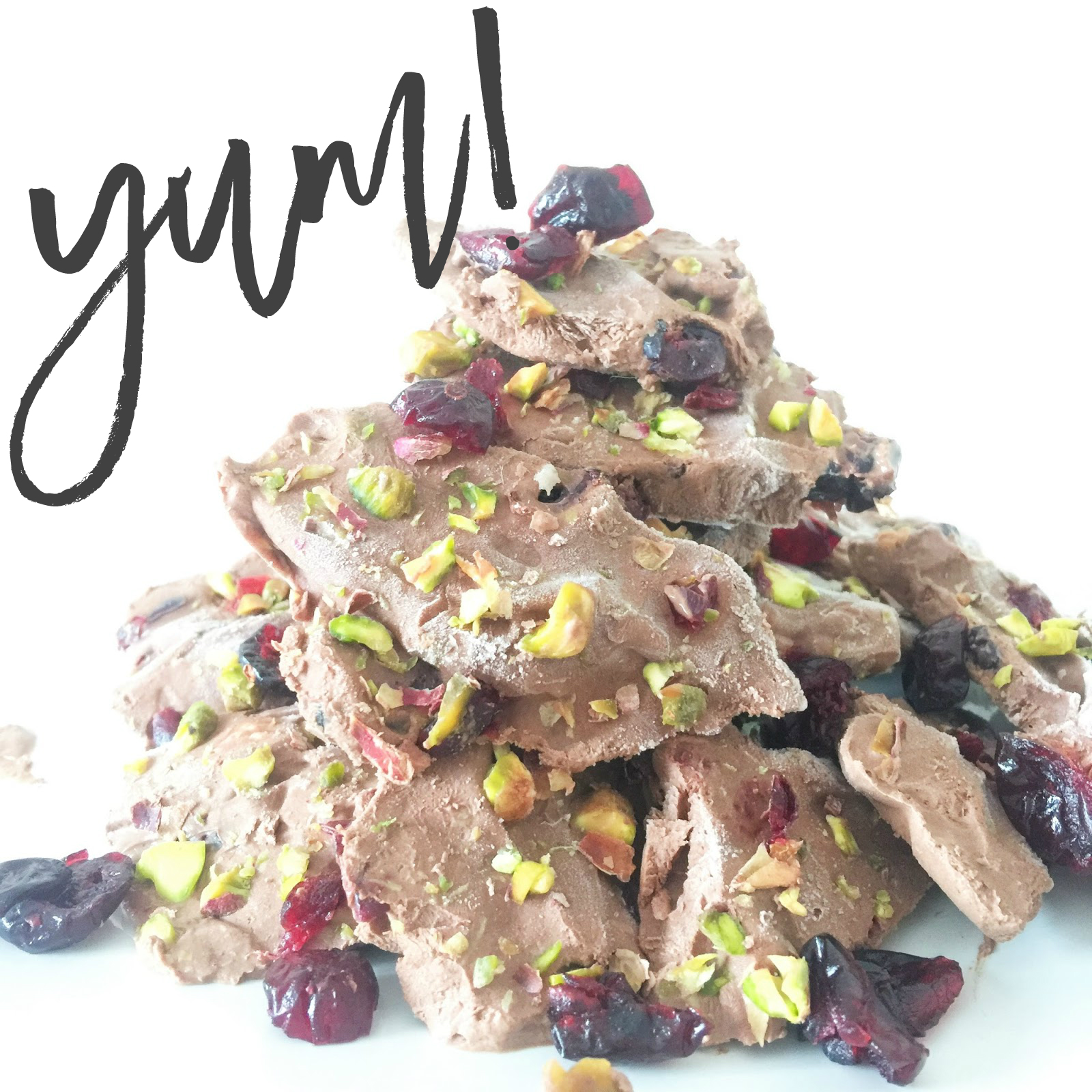 I’m a lover of all things chocolate, but we all know that it’s not always the healthiest choice. But that’s ok – because there are lots of healthier chocolate recipes out there, that give you the same chocolate-y taste but with a lot less calories. In today’s blog post, I thought I’d share a new recipe I’ve been trying out as an alternative to Dairy Milk Fruit and Nut – it’s got the same rich taste and flavour but it’s quite a bit healthier. The recipe does use natural yoghurt so it’s not vegan, but this can be switched for a yoghurt alternative such as soy yoghurt to make this a vegan friendly recipe. 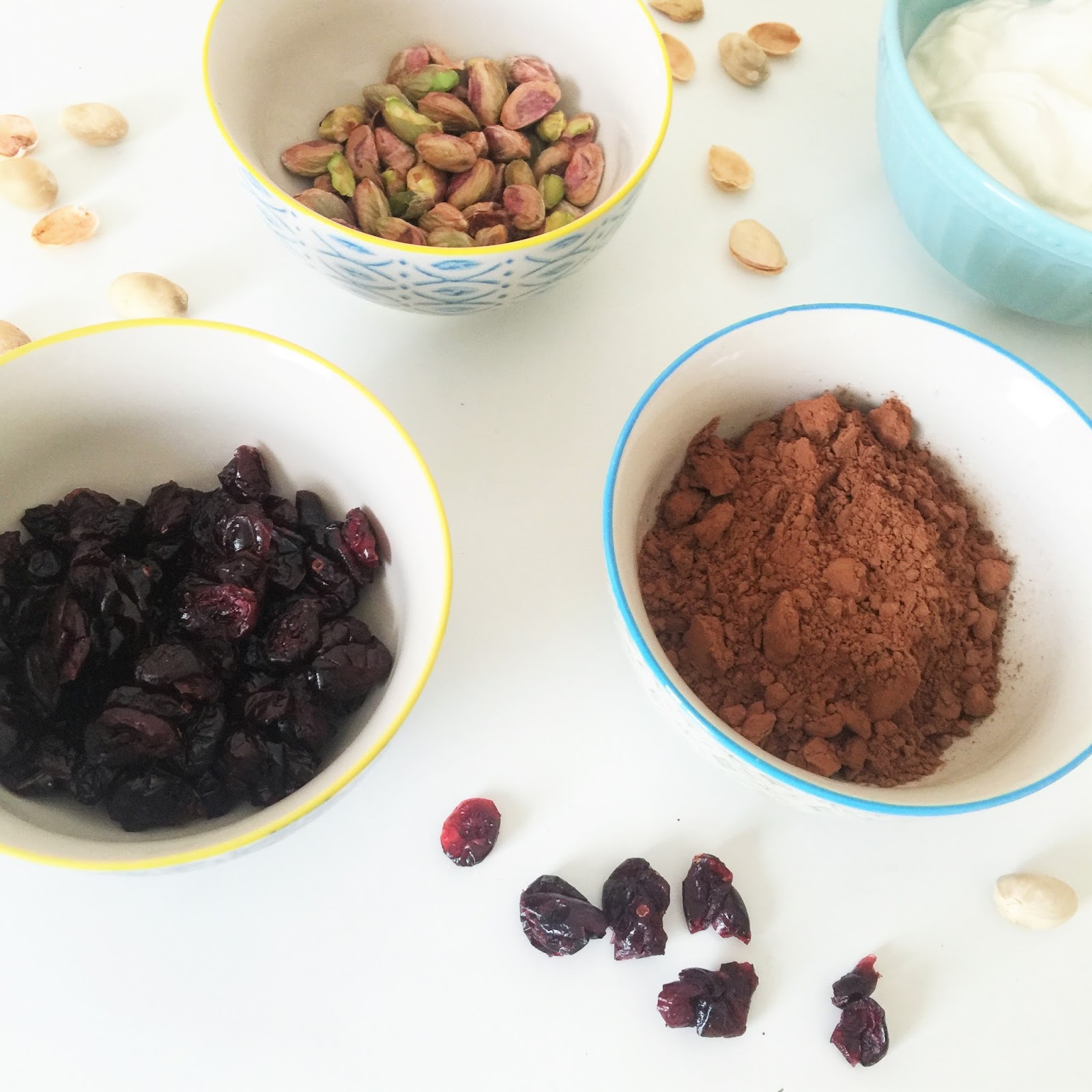 Making it is really simple:

Line a tray with greaseproof paper – the size of the tray depends on how thick you want the bark to be. The smaller the tray, the thicker the bark and vice versa. In a bowl, mix two cups of plain greek yoghurt with 3-4 tbsp of unsweetened cocoa powder and 2-3  tbsp of agave nectar (depending on desired sweetness) until completely combined.

Add a quarter cup of dried cranberries into the mixture and then pour onto the tray. Spread out the mixture so it evenly covers the surface of the tray. Sprinkle a handful of dried cranberries on the top, along with a handful of chopped pistachios to garnish. You can add extra toppings like desiccated coconut or chocolate chips for a double chocolate kick but I left mine as is.

Pop the tray in the freezer for at least 3 hours (or better still, overnight) and take out in the morning. Cut the bark into shards and consume immediately. If you want to keep them for later, divide into freezer bags and keep frozen. They keep for up to two months and are perfect as a chocoholics breakfast or a guilt free dessert! I absolutely love how versatile this recipe is – you can literally add anything you want to it.